NVIS Lighting, cockpit and/or exterior, has been a focus, although electrical modifications have been involved as well.

The airworthiness certification aspect has been central to all programs. Whether obtaining a complete FAA NVIS operational STC or developing an STC support package for government airworthiness approval, ATI ESD expertise and experience can be relied on.

ATI ESD cannot provide the details on many of the programs it supports. However, the following may give a flavor of those missions:

In 2008, ATI ESD was asked by C-130 aircrew members to design and build them an NVIS primary flight
instrument filter kit.

The aircrews needed filters that they could place over their primary flight instruments that would work with goggles and allow them to fly night NVG missions. They had some cockpit NVIS lighting already, but it was marginal. They wanted filters that they could leave in place over the instruments all the time so that they did not have to take them on and off. That meant they needed daylight readability over what were already dimly lit instruments. It was a real challenge. They also wanted a “non mod” kit that did not have to go through all the full Air Force aircraft modification approval wickets. And, they needed it NOW. – They were deploying to Iraq/Afghanistan immediately.
This was a challenge for ATI ESD. ESD prided themselves in being an “OEM level” aircraft modification company. Now, they were being asked to build a filter kit that would use Velcro to hold it in place. They would also need to use the NVIS lighting standard called compatible, “subjectively works OK”, rather than the standard of compliant to MIL S 3009. However, the warfighters needed it. So, they did it.

It worked. The resultant kit was given rave reviews by the aircrews that flew it in combat.
However, the Air Force system was nervous about having such a Velcro on, compatible kit. It was not until ESD conducted a darkened hangar visual acuity MIL STD 3009 evaluation with Air Force observers watching that the kit was officially found to work, not degrade the goggles and to be, in fact, “acceptable”.

This kit is flying combat missions today and units are still buying them. 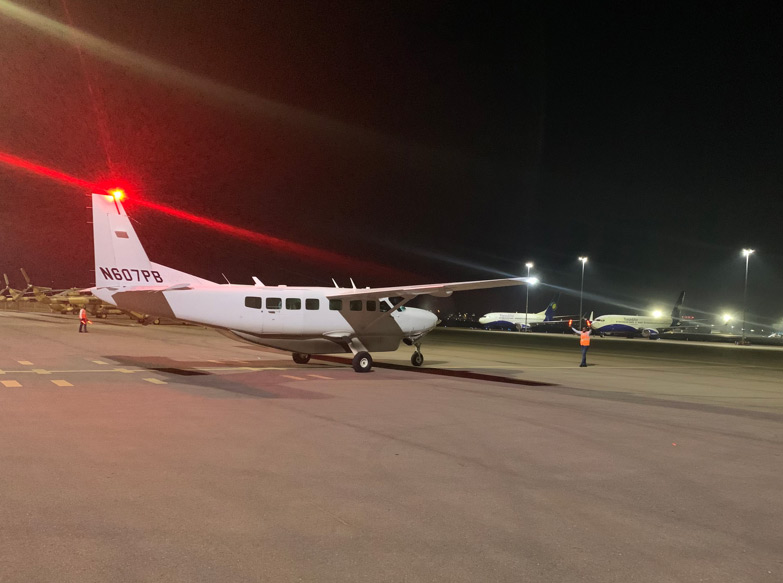